"I put electricity into my Hyundai Kona Electric, so why can't I take it back out?" 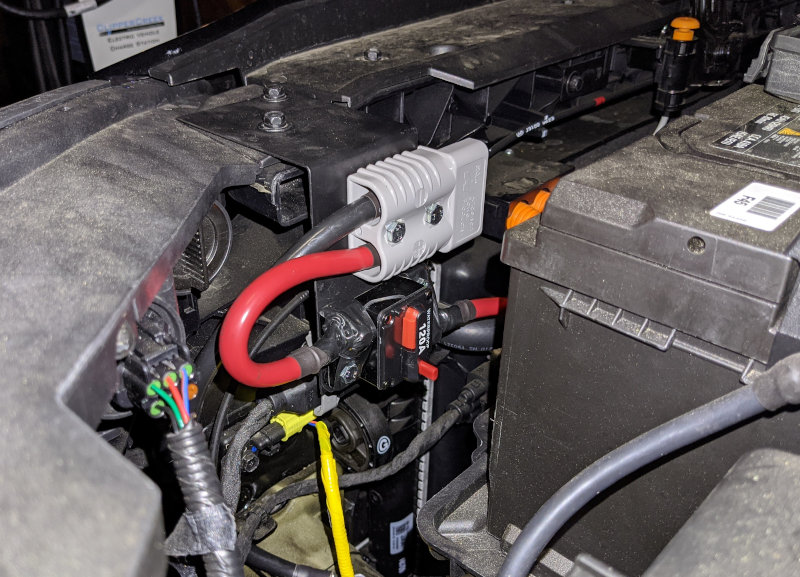 I mounted an Anderson SB175 connector with a 120A circuit breaker under the hood of my Kona EV, near the auxiliary battery. The parts are readily available on the Internet, assembled using basic tools, and require no permanent modification to the vehicle.

There are two 10mm hex bolts near the hood latch, providing structural support. Power is delivered through two 5/16" lugs attached to 12mm hex bolts on the battery and frame. I got everything from eBay, or a local hardware store. The total cost of parts was less than $150.

I didn't see a convenient place to directly mount a connector, so I ordered a sheet metal bracket from MetalsCut4U. The total cost was under $40, and it arrived in about a month. You can get the part from anywhere; just follow these specs: 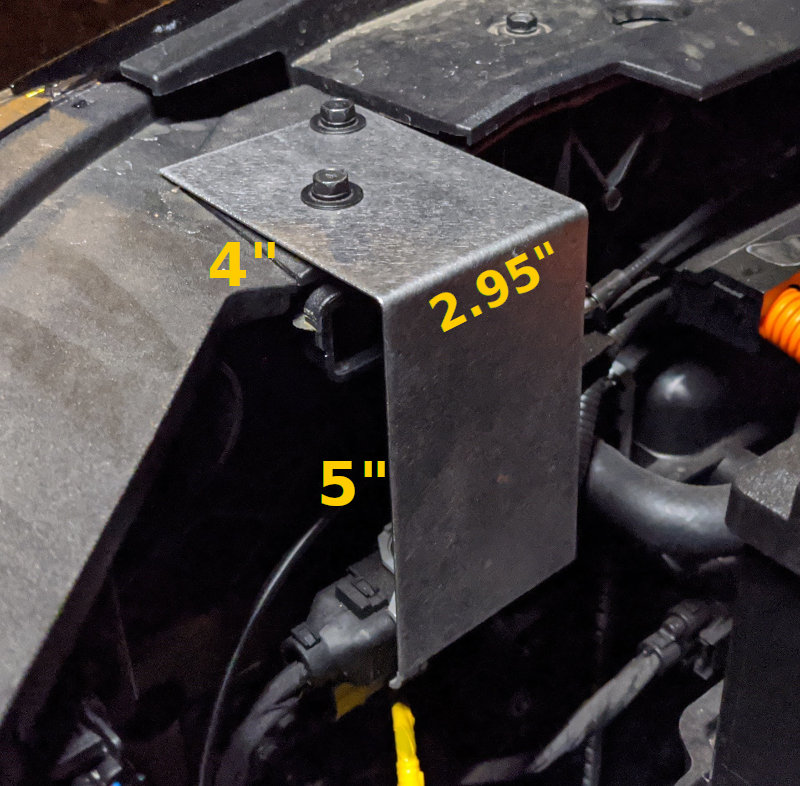 I drilled a total of six 1/4" holes, for M6 bolts: two each for the mounting point, plug, and circuit breaker (the above photo only shows the first two.)

These steps should help when drilling the mounting holes:

For the remaining holes, there's no magic. Just arrange the plug and circuit breaker so they look nice. I hung the connector over the edge for ease of access:

I picked a 120A breaker because it's smaller than the Kona's 150A MAIN/LDC fuse, and pretty close to the practical limit of ~1300W inverter output. 120A is also a good match for 2AWG copper wire.

This project works with any 12V inverter, but I'm using the Xantrex PROwatt SW 1000 because it includes a voltmeter/wattmeter and a GFCI. With a 120A breaker, there's little point in going much beyond 1000W.

My 1/4" lugs were slightly too large for the breaker, so I used a file to flatten the tips.

You can find 6-50mm² hex crimpers on eBay for around $25. I cut the wires with a hacksaw and stripped them with a utility knife; I'm sure better tools exist.

This is the red jumper wire, before and after heat shrink. The crimping process is standard:

This is the completed adapter with approximate wire lengths. Instead of measuring, I would suggest holding the wires up to the vehicle, and marking the cut points with tape. A similar approach is useful for orienting the lugs. 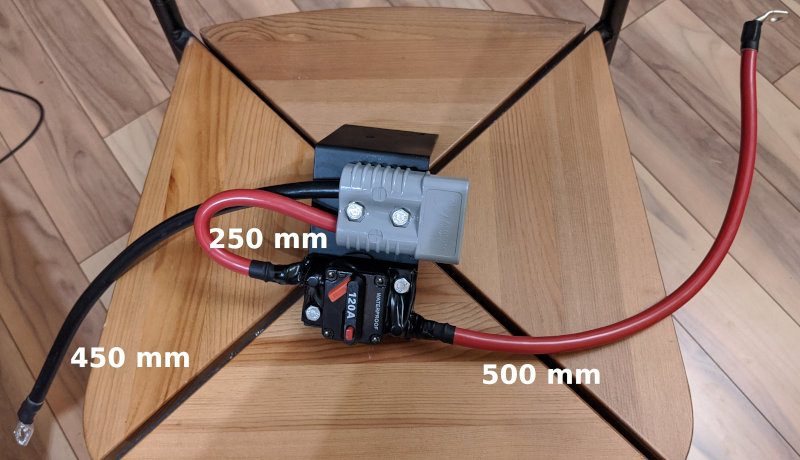 It's a good idea to cover any exposed red contacts with electrical tape. Note that this photo was taken before I notched the positive lug.

The most challenging part of this project was fitting the 5/16" positive lug into the battery's plastic frame. Copper is softer than it looks, and I managed to bend the lug 90 degrees using pliers and a small vice. There's also a plastic corner that gets in the way, so I used a Sharpie to mark the collision area, and notched the lug with a file. 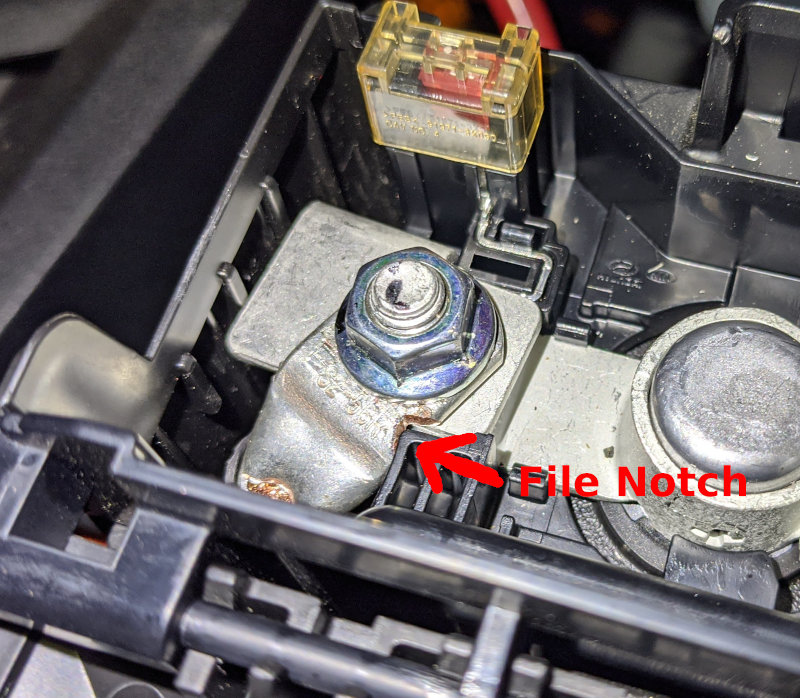 At this point, the car should be locked and providing 12 volt power. If someone breaks in, there is no obvious way to switch from utility mode to drive mode without an off/on cycle, which requires access to the key fob.

One might think you could just leave the car off, and let Aux Battery Saver+ top off the 12V battery. Alas, this feature only runs for 20 minutes per 24 hours, just a few watts on average. For loads that small, it's easier to connect a USB charger to the OBD-II port (it's always on, supplied via the 7.5A MODULE 1 fuse.)

I suppose I could use this for blackout resilience, or vacuuming.

Video or it Didn't Happen